Here are some books I’m excited about
and how they relate to Esalen® massage. 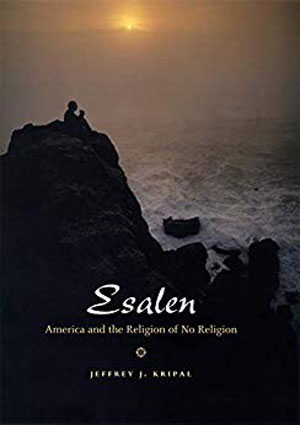 Jeffrey Kripal. Esalen: America and the Religion of No Religion.

I am a student of the history of how Asian religions made their way into mainstream American religious thought. I studied to be a Unitarian minister and in the process earned a Doctor of Ministry degree from a Unitarian seminary, Meadville/Lombard Theological School in Chicago. My thesis was on the history of east/west synthesis among 19th century Unitarians. Ralph Waldo Emerson started out his career as a Unitarian minister and went on to found the Transcendentalist movement in 19th century Boston. The first copy of the Bhagavad Gita in English translation ever to arrive in America came directly to Emerson in 1845 and he shared it among his Transcendentalist circle. They loved the Bhagavad Gita, regarded it as a religious classic its own right, and became the first Americans to advance the idea that Indian religious thought had something important and valuable to offer Americans. This was the beginning of a phenomenon that has continued to grow.

Over one hundred years after Emerson and the Transcendentalists started to study Indian religions another inflection point in the history of east/west synthesis occurred when the Esalen Institute was founded in 1962. That’s where Jeffrey Kripal picks up the story in his Esalen: America and the Religion of No Religion.

Kripal’s book is a satisfying romp through the history of the human potential movement of the 1960s and how so much of the thought of those times found expression at the Esalen Institute. There are chapters on the hugely influential psychologists Fritz Perls and Abraham Maslow, and their teachings at the Esalen Institute. The influence of various Indian and Buddhist teachers on Esalen founders Michael Murphy and Dick Price is described. Kripal refers to Esalen® massage as “all-body contemplative massage” and “meditative massage” and calls it “the central body practice of Esalen.” Throughout, the theme of sensory awareness of the body as a vehicle of realization is never very far away. 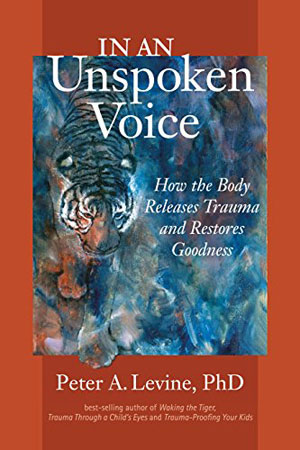 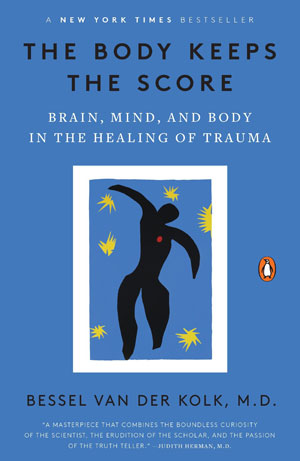 Peter Levine, In an Unspoken Voice

Peter Levine created a modality for helping relieve the systems of post-traumatic stress disorder called Somatic Experiencing (“SE”). SE includes helping the client focus on perceived body sensations. It is a technique to help the client back away from the high arousal of the autonomic nervous system to a regulated state.

Van Der Kolk’s The Body Keeps the Score is a helpful resource in understanding the current field of recovery from trauma. Under the heading “Befriending the body,” Van Der Kolk writes, “How can people open up to and explore their internal world of sensations and emotions? In my practice I begin the process by helping my patients to first notice and then describe the feelings in their bodies –not emotions such as anger or anxiety fear but the physical sensations beneath the emotions: Pressure, heat, muscular tension, tingling, caving in, feeling hollow, and so on. I also work on identifying the sensations associated with relaxation or pleasure. I help them become aware of their breath, their gestures and movements. I ask them to pay attention to subtle shifts in their bodies, such as tightness in their chests or gnawing in their bellies, when they talk about negative events that they claim did not bother them” (p. 101). This passage is an example of how cultivating one’s ability to experience sensory awareness can be an aid in recovering from trauma.

Courses are regularly offered by Esalen Institute massage school staff on how Esalen® massage can contribute to recovery from trauma. The long, slow strokes of Esalen® massage can serve to bring the sympathetic nervous system out of “fight or flight” arousal and invite clients to return to their bodies. 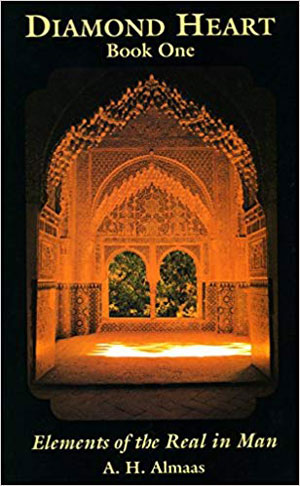 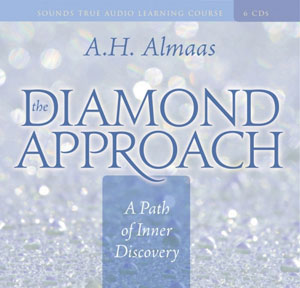 One of the central practices of the Diamond Approach is called “inquiry.” One inquires into various bodily, emotional, and spiritual states and tries to understand them and see what lies beneath them and arises from them.

Investigating the Esalen Institute’s history and philosophy, the works of contemporary researchers on trauma, and the teachings of the Diamond Approach serve to illuminate different aspects of how keen attention paid to sensory awareness of the body can be an avenue to spiritual growth and realization.